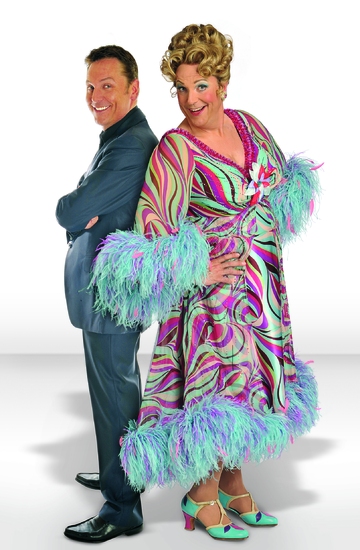 I can hear Brian Conley’s booming voice and deep throaty chortle from way across the Milton Keynes Theatre foyer. The actor, comedian, West End star, chat show host, singer and all-round performer is “on” for this interview and before we’ve even shaken hands he’s showing me (and the show’s publicity team) his recently re-done tattoo, gauging our shocked reaction and laughing – his trademark dimples dipping in and out of his cheeks – as he sits down and waits for me to compose myself and deliver the first question.

I don’t drink – I know that’s hard to believe